Please note that this is an older version of Sean Martindale’s website, last updated with new works in 2012. A new site is under construction as of June 2022. Check back again for additional works and more recent projects. More information and images for works currently listed will also be made available. Thank you very much for your interest.

Posted in Uncategorized | Comments Off on New Site Under Construction

I’m incredibly honoured to have awarded the 2012 TFVA Artist Prize. It was also a great honour to have been a finalist alongside fellow nominees Abbas Akhavan and Aleesa Cohene. Thank you very much again to the TFVA for this great recognition and their fantastic support.

Tune into the CBC’s Documentary channel at 8:00 pm on April 23, 2012, to catch the first episode of Great Minds of Design: Urban Redesign. The show follows my good friends, and occasional collaborators, Eric Cheung and Posterchild, and me as we create some of our public interventions.

The Canadian premier of Ai Weiwei: Never Sorry, a documentary directed by Alison Klayman, opens Toronto’s Hot Docs festival this year. In conjunction, my Love the Future / Free Ai Weiwei project will installed for the opening night event at the ROM on April 26, 2012.

On May 10, 2012, This Space Available will be screening as part of the tiff.nexwave School Programme. The film is a feature length documentary directed by Gwenaëlle Gobé about the proliferation of invasive public advertising and includes art takeovers such as the our NYSAT and TOSAT projects.

On June 6th, I will be part of the environmental art showcase of the 2012 Earth Day Canada Gala at the Drake Hotel in Toronto. 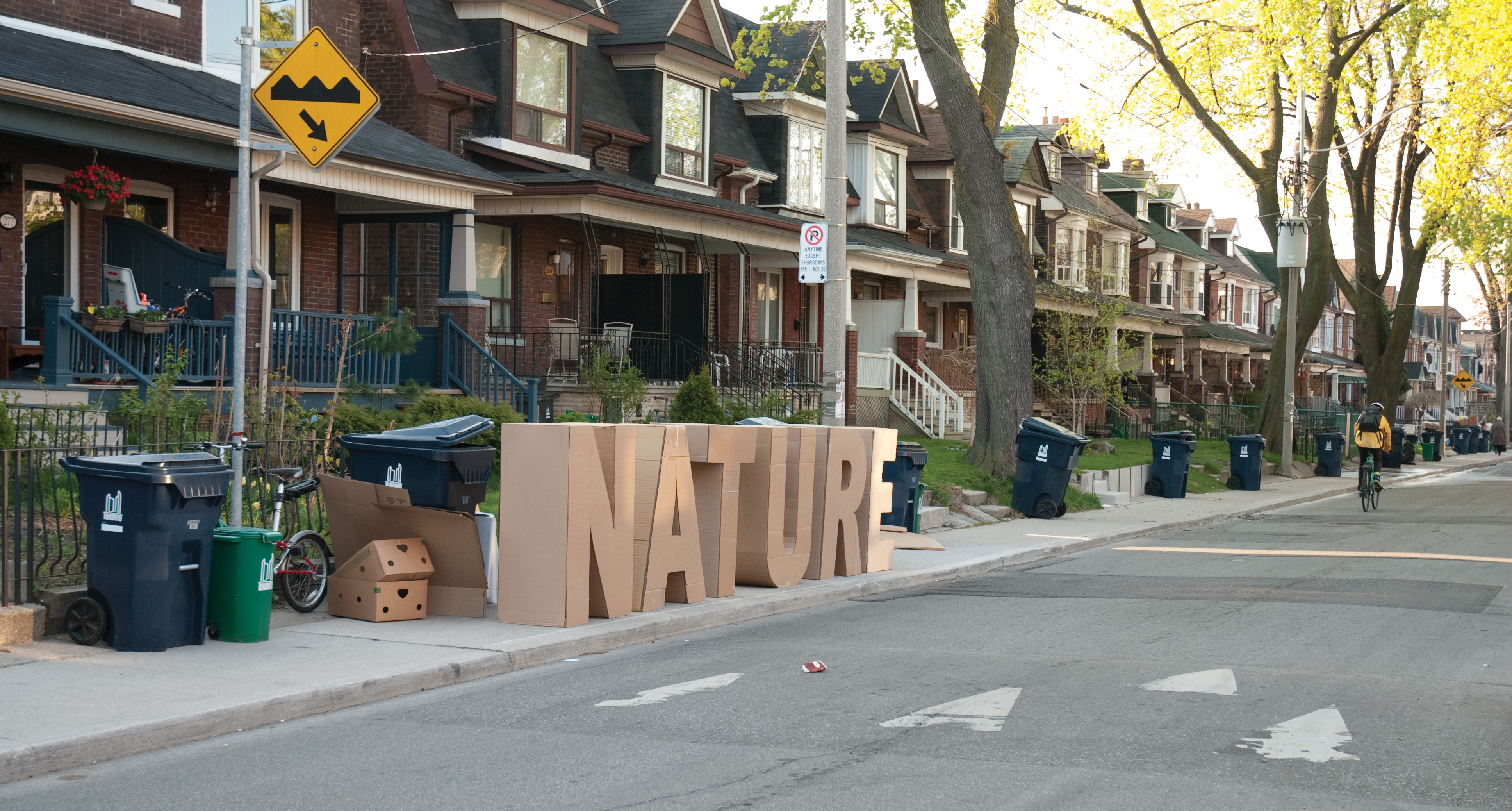 As always, there’s lots more on the go than what’s listed above. Check back soon for new items.

Just came back from Montreal this week. Toronto’s KWT Contemporary kindly invited me to bring my Love the Future / Free Ai Weiwei project and some prints as a guest artist to their booth at PAPIER12, an international art fair of paper based works.

On April 11 at MOCCA (the Museum of Contemporary Canadian Art in Toronto), a limited-edition print of my FREE piece was sold at the the 2012 C Magazine art auction.

NOW: A Collaborative Project with Sean Martindale and Pascal Paquette at the Art Gallery of Ontario

We just wrapped-up our two-person show at the Art Gallery of Ontario. I’m very happy to have been paired with artist Pascal Paquette (aka Chou) by curator Katherine Dennis to develop new work for this collaborative project in the AGO’s Toronto Now contemporary gallery. This show had multiple elements, and continued to change and evolve over the course of our run at the AGO from January 20 until April 1, 2012.

For more information, check the links below:

It was an honour to be selected as the speaker for the tenth anniversary of the annual Hart House Hancock Lecture series at the University of Toronto. My talk, titled Playful Interventions: Engaging Our Urban Environments, took place on October 27, 2011.

More information can be found on the Hart House website:

TVO also filmed my Hancock lecture at Hart House this past October for their Big Ideas program. The episode first aired at 5:00pm (EST) on Saturday, March 10, 2012, but can also be streamed online:

In March, I had the pleasure of speaking and leading a quick and informal workshop at Dalhousie University, in Halifax, Nova Scotia, as part of SHIFT 2012, a free annual student-run planning conference.

Here are links to images and information about a couple of ongoing projects I’ve selected from last Spring/Summer (2011):

Outside the Planter Boxes

Posted in Uncategorized | Comments Off on Archived Site Content